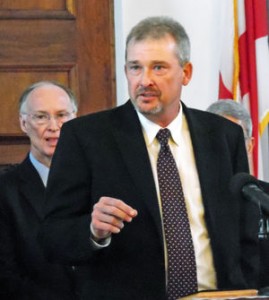 GE plans to build two adjacent factories on Greenbrier Road, just south of Interstate 565 in Huntsville-annexed Limestone County. The operation will employ up to 300 workers when it becomes operational in 2018.
Sanjay Correa, GE’s vice president of Aviation, said construction on the facility would begin next year, as would the hiring of the plant’s hourly workforce.