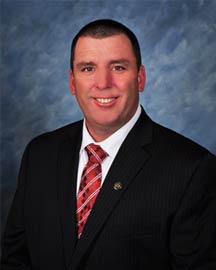 Steve “Ned” Turner is the current District 2 County Commissioner in Limestone County. After being elected in November 2012 Steve has since been reelected to a second term on the Commission. In that time his district has seen nearly 17 miles of road resurfacing. He has also been a constant supporter of economic development in Limestone County and North Alabama. During his time on the Commission, Limestone county has been recognized as the third fastest growing county in the state of Alabama. One of the most recent economic developments he supported was the announcement of the new Toyota/Mazda plant.

At 48, he is a lifelong resident of Limestone County that graduated from East Limestone High School in 1987.  After high school Steve attended Martin Methodist Junior College in Pulaski, TN on a golf scholarship. After leaving Martin he attended Athens State University majoring in Human Resource Development. As you can probably guess, golf is one of his favorite pass times. He also enjoys raising and breeding quarter horses on a small family farm in the East Limestone Community. He is also a proud supporter of The University of Alabama football.

Steve enjoys serving on the TARCOG board and believes that is a great benefit to the entire North Alabama region. 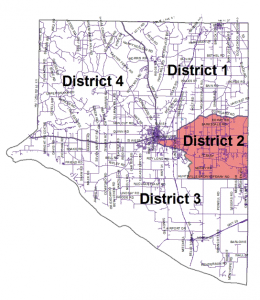