The Limestone County Court System (Circuit and District Court) have moved the court system to our new, temporary location. 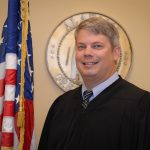 Judge Wise maintained a general law practice from 1997 until January of 2017 when he was sworn in for his first term as Circuit Judge for Limestone County.  Circuit Court Jurisdiction includes all criminal felonies, certain civil actions including cases where the amount claimed exceeds $10,000.00 and domestic relations matters. 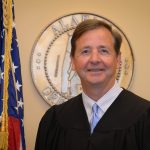 Robert M. Baker was born March 17, 1958, Sheffield, Alabama. Judge Baker grew up in Colbert County, Alabama, and graduated from Sheffield High School in 1976. He attended the University of Alabama and completed his Bachelor of Science Degree in Accounting in 1980. He attended the University of Alabama School of Law and was awarded his Juris Doctorate Degree in 1983. Judge Baker practiced law in the Shoals area and in Birmingham, Alabama, before moving to Athens, Alabama where he became a partner in the law firm of Alexander, Corder, Plunk, Baker and Shelly until January, 2002, when he was appointed to fill a newly created District Judgeship.

Link to other State site: www.alacourt.gov